I don't like writing articles about trending scandals or grievances in the height of their popularity.  Sure, it's a great way to get more exposure, but a terrible way to get any form of resolution.  I think that the people are so emotionally charged that they don't want to discuss the matter, they're looking to change peoples' minds.

Well, I can't speak for any Blue people or aliens.  I'm not a part of that experience.  What I can tell you is that as a Black man, our people have been though years of uncomfortable feelings on many levels because of Blackface, and to the Black people that are old enough, it can be an extremely touchy subject.  It's really best not to do Blackface for cosplay. 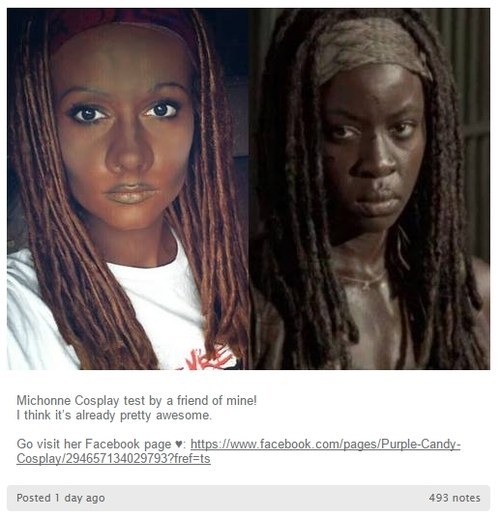 It's not Blackface if it's for cosplay.  Look, Blackface is hateful and racist, and I'm not racist.  I'm just a dedicated cosplayer.  Everything about my cosplay has to be accurate, including my makeup and body.  Blackface is about racism.  I am about cosplay.

I appreciate that you are a dedicated cosplayer that pays attention to detail.  However, Blackface is not racist because it was intended to be racist out of malice.  Blackface is what I like to call "ignoracist," which is when a person does something that is hurtful to a race of people in a region or area, without the knowledge or even intent of offending them.

The White people that started Blackface just thought that it was just edgy comedy.  They did skits and comedy routines as Black people acting the way that Black people were written in movies and on televison, which was also ignoracist.  (Actually, I think that most stereotypes are ignoracist simply because they are bourne out of laziness and generalisation, not hate.)

In fact, that trend in comedy became so popular that Black people had to entertain in Blackface just to work, because White people wanted it and found it amusing.  Eventually, more vocal entertainers got fed up and said that they would no longer perform in Blackface.  Like most racial issues in the USA, just the acknowledgement of this offence triggered White fragility from White people that didn't want to think about how the love of Blackface reflected on them, and venues started banning and excluding those Black comedians to silence them. 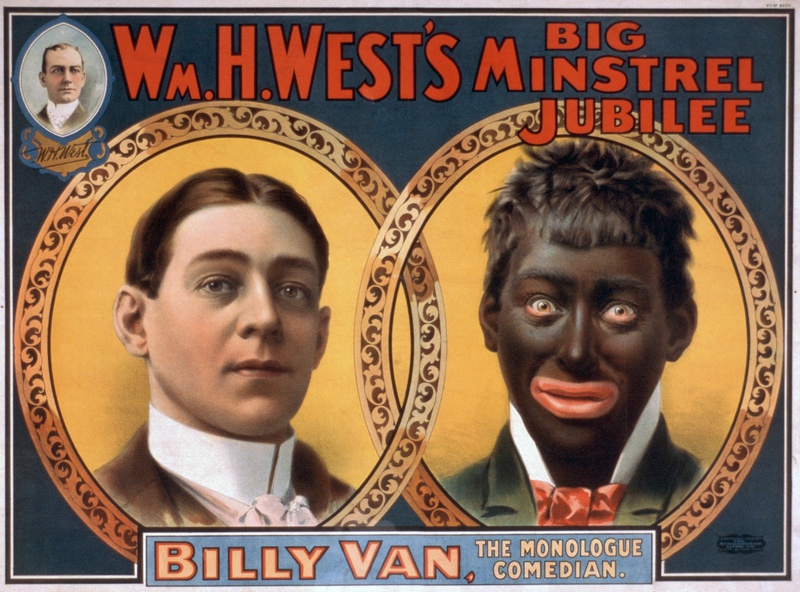 Okay, once again, I understand.  You didn't know about the history of Blackface, and yes, it is a complicated and unattractive segment of race relations in the USA to wrap your head around for the first time.

The first White people in the USA weren't trying to be hurtful either.  They might not have cared too much if they were, but offending still wasn't their intent.  They just thought they were giving a funny and accurate depiction as to the intellect and behaviour of Black people.

The most harmful racism isn't when one race says that another race of people thinks and acts in a lackluster way, out of malice.  It is the most socially crippling when the racism is spread out of honest misinformation and ignorance of the majority that consider themselves good and wholesome people.

I'll also give you another angle to think about this from.  If you were going to a foreign country like Italy, and you found out that doing the "Okay" gesture with your hand was an insult because before you were bourne, people held up their fingers in a ring like that to mimic an anus, and that gesture came to mean, "Hey you, Asshole!" You would refrain from using that gesture, even if you meant well by doing it, wouldn't you?

If you can understand and do that for another racial nationality, why can't you do it for a racial nationality right in your own country?  You wouldn't question Italians' sense of offense with that action.  Why question Black peoples' in the USA with another?

Well, cosplayers in other countries use racial makeup with no proplem.  Why can't I just do it like them?  Wouldn't I be international and cosmopolitan if I cosplayed according to worldly trends rather than subject myself to some hometown regional racial hang-ups?

Well, I can't speak for people of colour in other countries.  Like I said, what happened to Blacks in this country was a racially national occurance.  I cannot speak for people of colour in other places that probably did not even have Blackface to be offended by.  Let the other parts of the world decide what offends them.  It's up to us to be responsible and do a  little research before we go to another country on customs and taboos.

But if you know that something can be considered as offensive where you are, even if you don't understand the reasoning, shouldn't you just be compassionate and try not to offend?  And if you have the sense of mind to second think doing it, isn't that telling you something also?  Doubts like that are usually best taken seriously instead of being ignored. 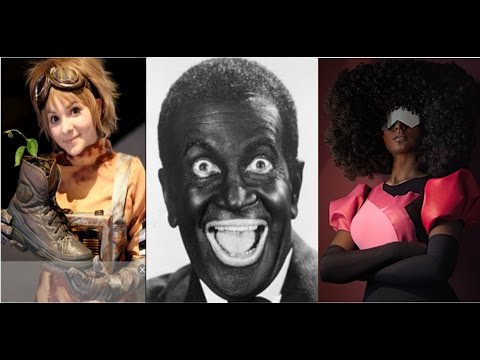 Blackface lasted as a common entertainment practice for over 100 years before it's death.  It deserves to stay that way.