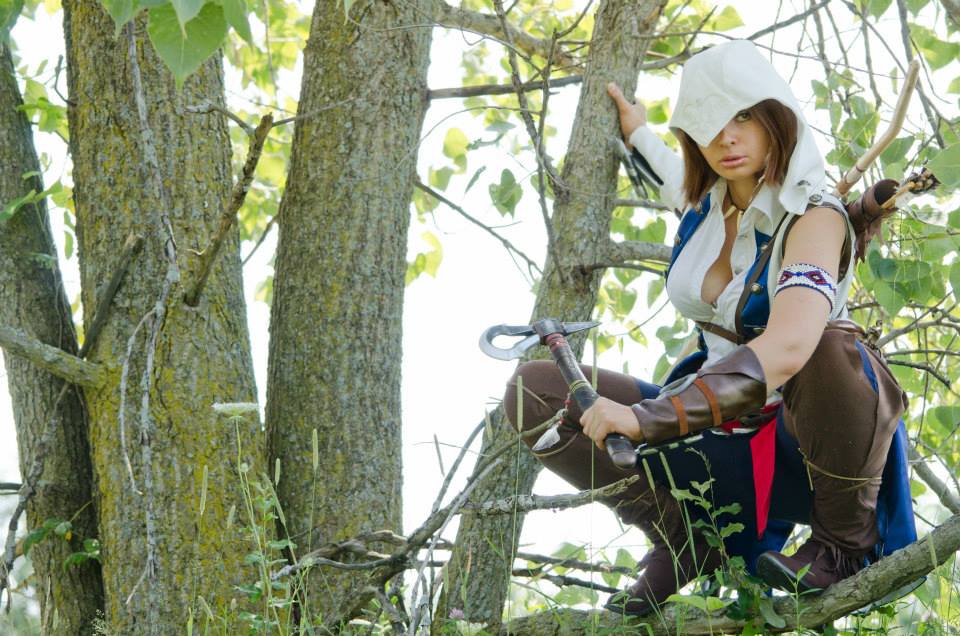 As many of you can tell by looking at our "Cool Links" secton, I do enjoy finding talented cosplayers and sharing awareness of them with the world.  I was lucky enough to find a very ambitious and very sweet costumer and cosplayer by the name of Hailey S Cosplay (Yes, "S" with no "." at the end).

So, I'll go ahead and skip the introduction, because it would be redundant in an interview and get on with it!

So, like so many of us that enjoy cosplay, your Twitter account says you like vidoe games, and a certain company jumped out by name and your cosplays:  Capcom!  What are some of your favourite Capcom games, and why? 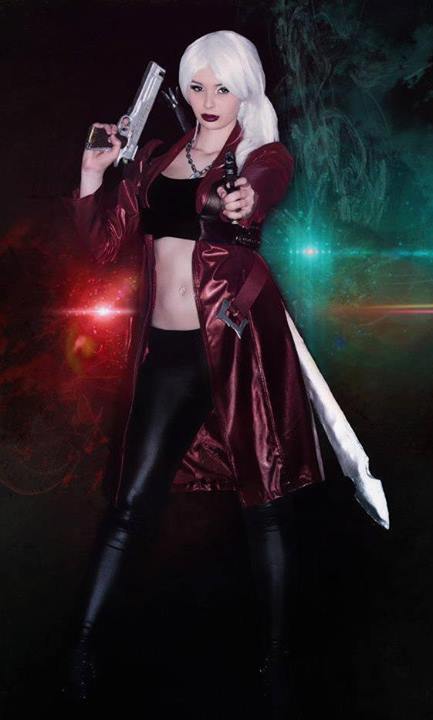 Yes I love Capcom!  One of my favorite games is the Devil May Cry series.  Who doesn’t love the awesome fighting styles and badass weapons, and Dante is hot; I can’t lie!  Another Capcom game I like is the Resident Evil series.

Would you say that you might also love some other fighting game companies, from back in the day, like SNK or Konami? 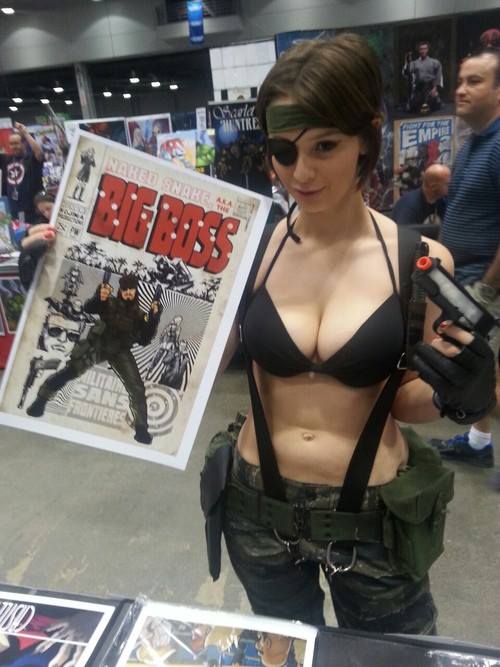 I go crazy for Konami; 'can’t go wrong with the Metal Gear series.  I also love Blizzard Entertainment, as I grew up playing Warcraft and Diablo with my dad.  I love what Gearbox Software has done with the Borderlands series, Bethesda Game Studios with Fallout and Skyrim,and  Bioware with Dragon Age and Mass Effect series.  There are an unlimited amount of games and company’s I watch religiously, LOL!

Do you enjoy any tabletop gaming or CCG's?

'Not gonna lie.  I have not played any tabletop games or CCG’s.  I have always wanted to, but I always get side-tracked with other games!

I see that you are a lover of Bleach (I am too!) Would you say you like it more than Death Note?  Why? 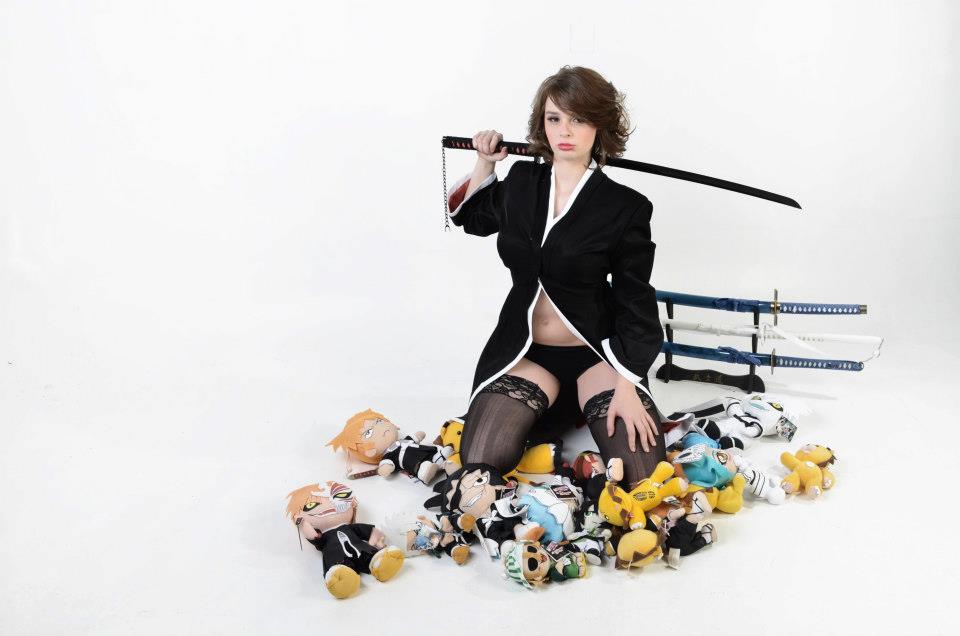 Both are so good!  Bleach sadly has kinda gotten kinda crazy and drawn out, but I still read the new mangas when they come out!

Are there any old school anime that you enjoy?

I love the old school animes like FLCL, Samurai Champloo, Ghost in the Shell, InuYasha, and a more but can’t list them all!!

So, you are also a comic book junkie.  Which great house do you love, DC or Marvel? 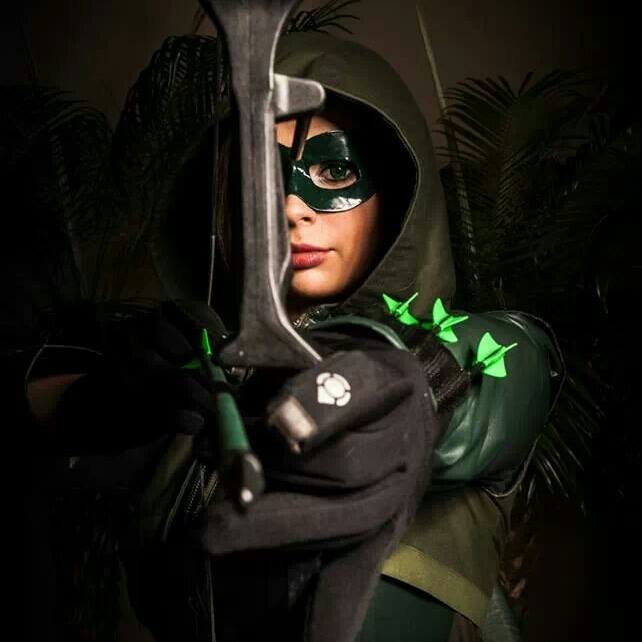 I can’t give myself 100% to one house!  Everyone likes a little of both…well at least I do!  My favorites are Iron Man, Wolverine, Deadpool, Green Arrow, Batman, and any of the X-Men.

Yes, no one would want to break into my apartment, LOL!  Before my apartment fire, I had around 30 different swords.  I am replacing some, and also buying some new ones!  My favorites would have to be Rebellion from Devil May Cry, and Red Queen from Devil May Cry...(but) I really want Longclaw from Game of Thrones!!

So, I asked you about some of your loves like games, anime, comics, and sword collecting.  How much does each of those influence your cosplay? 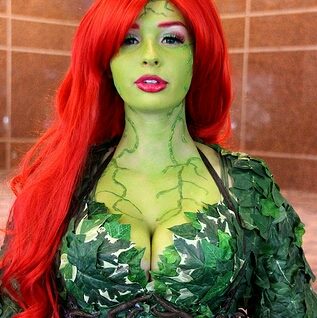 I love a character with badass weapons, LOL!  My love of video games and any fandom always makes me wanna cosplay a new character.  That’s why I am always adding new cosplay projects on my to-do list!  What really draws me into a character is their personality.

How long have you been cosplaying?  What was your first con?

I have only been cosplaying for a year and half now, and my first con was Baltimore Comic-Con, and I’m so glad it was my first!  The people there were the nicest people I have ever met!

Wow, that's a short amount of time to have become as established as you have!  On a scale of 1-10 of devotion, 1 being the guy that sports a Green Lantern shirt, and 10 being Yaya Han, how hardcore do you think you cosplay?

I would say I love sushi. There isn’t really a grading scale as far as i'm concerned.  If you love what you have put together, whether its a costume, or a shirt, then its all awesome. Yes, there are some amazing balls costumes out there, but it doesn't really matter.  For me, personally, I like to be as accurate as I can be with my costumes, but I always gotta add a bit of me into them, and hope people feel the same way about it as I do.

So what texture do you tend to cosplay:  cloth, chain, or armour?  'Weapons?

That all depends on the character really!  I’m still getting the hang of making armor, 'not gonna lie, but I put my all in everything I do!

Do you tend to be more of the cosplayer that cosplays what she loves, or what you think suits you?  Do you think that cosplay is both mostly, but something might jump out at you from one of those ends? 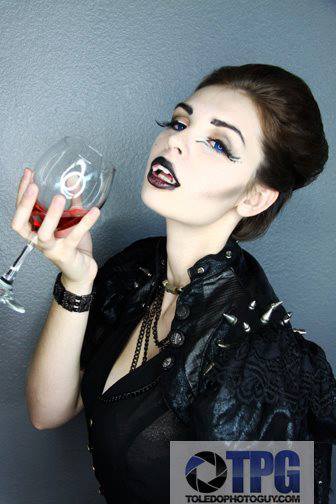 I cosplay what I love.  That’s the only way to do it, in my opinion.  I learned (that) if you're cosplaying something other people want you to do just because its sexy or something, you just don’t have as much fun in that costume, opposed to a character that you love and want to be.  'Because when you cosplay as something you love you really wanna put your all in it.

Have you ever wanted to cosplay as someone/something but felt you were incompatible?  Are there any cosplays that you would want to do, but won't?  Are they too complex?  'Too risque?  'Not the right attitude?

There are some costumes I want to do but, 'don’t know if I have the skill right now.  Like, I really wanna make a female Shepard and Daedric Armor from Skyrim, but I’m scared I don't have the skill for that, LOL!

Do you have any favourite pieces? 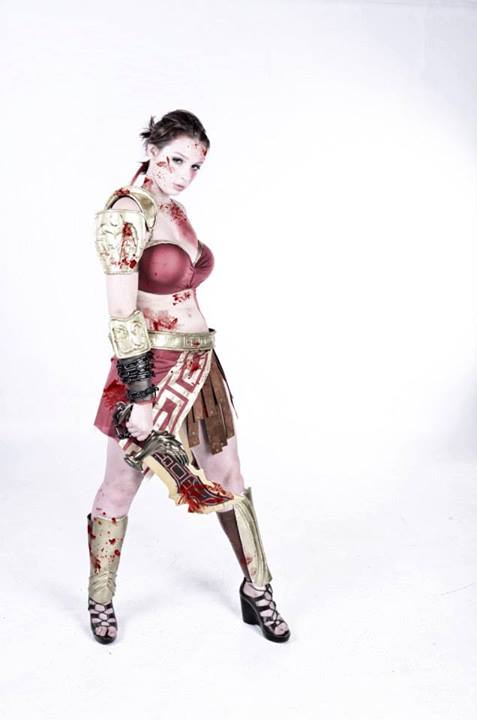 Oh man, LOL, I have so many!  I love my Arrow and Ivy cosplay, but I am always fixing some of my other pieces.  Like, I am remaking my Kratos cosplay, and I’m always adding things to my Ivy cosplay.

Do you ever do commission pieces?  What do you feel about cosplayers buying commissioned pieces, or whole assembled costumes?

I have never commissioned anything but sometimes I do buy something and add on to it. I would never enter a  cosplay in a contest that is not 100% mine. I think it's fine to commission items such as props, but I feel it’s not really fair to enter it in a contest with a mostly commissioned costume and say you made it.

Are you working on any projects right now?

I am always working on costumes, LOL!  Some I am working on are Devil Jin from Tekken, for Fighters Cause and a surprise Pokémon for ColossalCon, which now isn't really a surprise, as the pictures I put on gave it away, completely...I’m always adding characters to my ever growing costume-to-do list!

Do you ever cosplay with people, like say, in a group for a theme?  Do you have any cosplaying circles you are in? 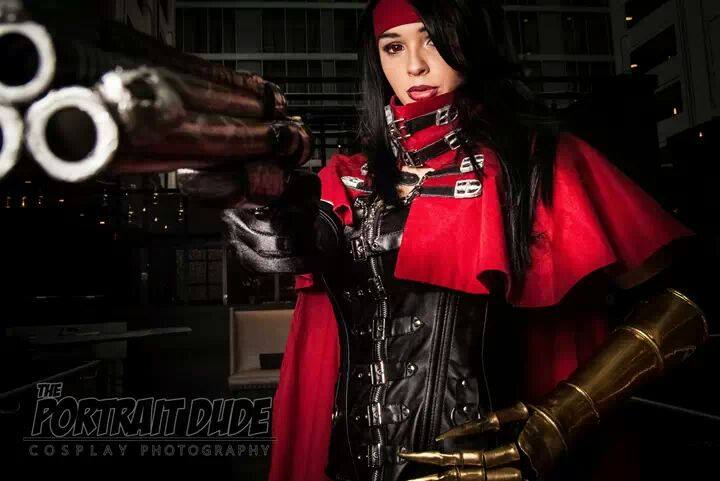 I love cosplaying with other people.  You have a connection when you find someone cosplaying from the same series as you, and half the time you end up spending the rest of the day together, or becoming good friends.  I cosplay with my friend, Chelsey Cosplay, as her Cloud, and my Vincent from Final Fantasy, and we have so much fun!

Okay, I was wondering:  Did you watch any of Heroes of Cosplay?  What did you think about the show, and the reactions from people that enjoy cosplay from admiration to creation?

I like to watch it but, there was a lot of drama, 'not gonna lie.  'Just my opinion, however, they really do take pride in what they do and they rock at it!  I look up to a lot of them and what they can do in such a short amount of time.

I was disappointed because 1) The season was all of five episodes, as I remember it, (That can't be right, can it?), 2) The male cosplayer barely got any coverage, 3) I would have enjoyed a little more con footage.  How would you have changed the setup?

Yeah, male cosplayers really need to be heard a lot more!  The stuff they make is awesomeballs, too!  The cons are the best part!!!  I would put less time on drama, and more footage on fabrication and other cosplayers in the cons.

Where there any cosplayers on the show that you thought could use an attitude adjustment?  How often do meet fellows that you would say need one?

I’m not sure if it’s the people or the way it's edited on the show, so I can’t judge them without knowing them, but some people defiantly think they are better (than others) which is not why you should cosplay.  You should cosplay for the fun and joy of it, not to shove it in people's faces and put other cosplayers down.

Would you ever want to be on a season?

Not really, 'not gonna lie!  I like what I’m doing now, and I'm kinda a shy person, LOL, and probably would fall on my face, and I don’t really want that to be on T.V, no matter how funny it might be,  LOL!

Are there any cosplayers that you admire, both famous and not so famous, yet?

There are so many!  Some of them are of course Jessica Nigri (who doesn’t lol), Eve Beauregard, Yaya Han, Nicole Marie Jean, Viverra Cosplay, and so many more.  Everyone is boss that has the guts to walk out in a costume.

Would you mind telling the followers about Fighter's Cause?

Fighter’s Cause is a about a group of cosplayers cosplaying as characters from different fighting games to fight for their cause. Mine is the ASPCA and I will be cosplaying as Devil Jin.  But everyone is doing some amazing stuff and there are so many awesome causes.  Here is the Facebook link.  Everyone should really check it out and give it some support:  Click here for Facebook and here for Twitter.

Is there anything that you would like to say to people on both sides of cosplay, both admirerers and active participants?

Just to be nice to us, cosplayers! It takes some big balls to come out in some of these costumes and we really put a lot of time and money into our costumes and we do have feelings and some take rude remarks harder than others.  And thank you to everyone that supports me.  Its crazy to think that people care what I’m doing, LOL! 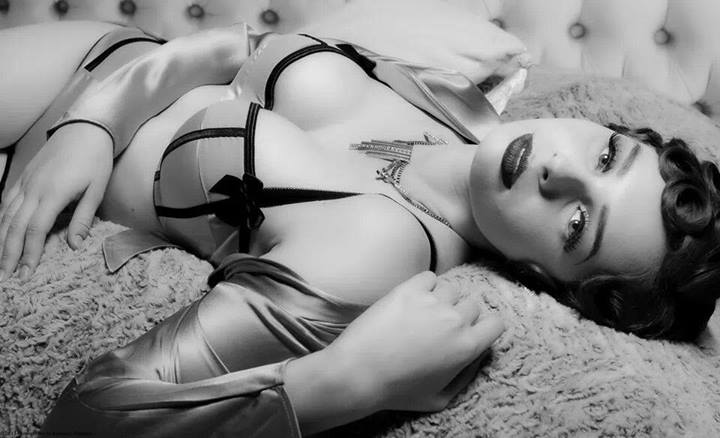